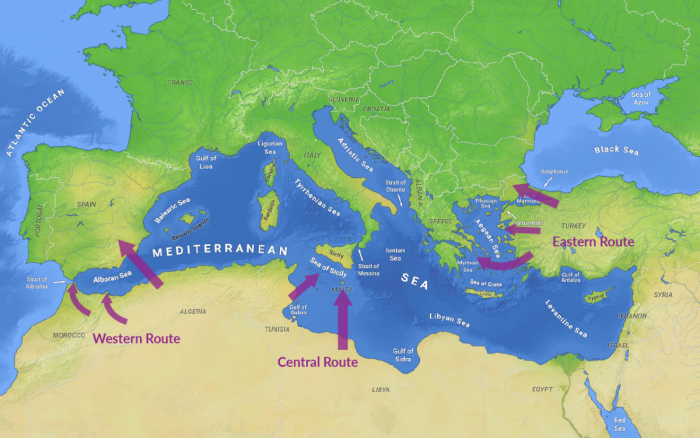 Greece has been in the forefront of the global migration crisis since it started in 2015. When you look at the map it is easy to see why.

Greece lies at the crossroads of East and West, Europe and the Middle East. It lies directly opposite Libya so along with Italy is the primary destination for migrants coming from that conflict zone and is a short boat trip from Turkey, the other principal migrant route for Syrians fleeing there conflict there.

Greece has over sixteen thousand kilometres of coastline and six thousand islands, only two hundred and twenty-seven of which are inhabited. The islands alone have 7,500 km of coastline and are spread mainly through the Aegean and the Ionian Seas, making maritime security incredibly challenging.

The sheer scale of the migrant crisis in late 2015 early 2016 had a devasting impact on Greek finances and its principle industry, tourism. All this in the aftermath of the financial crisis in 2009. Despite this, both Greece and Italy, largely left to handle the crisis on their own, managed the crisis with commendable determination and humanity.

Things are now improving with initiatives from the EU and help from Frontex but the migrant crisis is not yet over, and many challenges remain. According to UNHCR nearly 60,000 refugees remain stranded in Greece, spread out between three main islands — Lesbos, Chios and Samos.
Other critical issues include returning jihadi fighters, international terrorism and organised crime both exploiting crisis and using it as a cover for their other activities. These are challenges not just for the entire Mediterranean region but for the entire global border community.

With their experience of being in the frontline of the migration crisis, Greece is the perfect place re-convene for the next meeting of the World Border Security Congress.